As a kid, I learned how to read relatively late — I think it was the end of first grade — but once I started, I couldn’t stop.  I read everything that would hold still — cereal boxes, billboards, even The Thornbirds in fifth grade (I loaned that one  to my teacher, Sister Mary Rose.  Good times in the Catholic school world.)

My daughter has turned out just like me, which I’m sure amuses my parents to no end. I get no sympathy when my daughter gets busted reading during math class, when I have to remind her to put down her book when she walks down the stairs, or when I have to resort to draconian punishments.  (“Do that one more time and I’ll … I’ll take away your book!”) 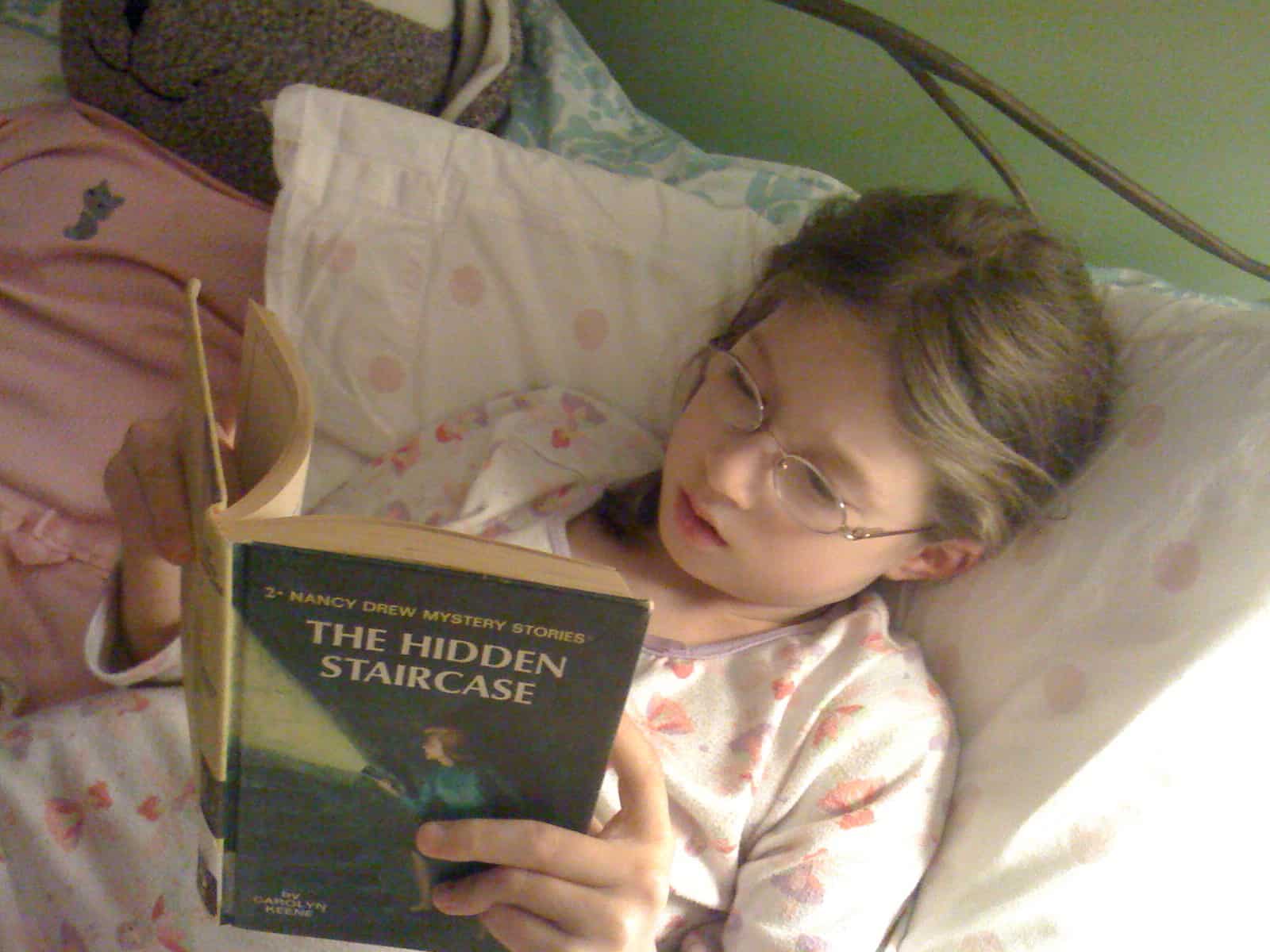 But the flip side to having a baby bookworm  is one of my greatest pleasures — I get to introduce her to some of my favorite characters, the girls and women I loved when I was her age.  And unlike me, they show no signs of wear and tear.  Nancy Drew is just as perky in her blue convertible, Ann Shirley just as brave and generous, Laura Ingalls just as feisty and independent as the first time I opened a book and went inside their worlds.

And my daughter has returned the favor.  Because of her, we’ve plowed through books I might not have ever read, and discovered some fabulous new characters along the way. Kitty Jones in the Bartimaeus Trilogy is as strong a role model as they come.  Ella Enchanted is brave and independent (even if she’s cursed to be obedient — not as good a plan as a parent might think).  And what little girl – or mother, for that matter –  wouldn’t want to be Hermione Granger?

Who is your literary heroine, and what have you learned from her?  Start thinking now, because later this week I’ll have a surprise guest posting here, and you’ll have a chance to win a book all about fabulous fictional heroines.  See you then!