To Thine Own Self Be True

I never used to have gray hair.  Or wrinkles.  Or a loud voice.  I do not blame these things on age.  I blame them on the little being who came to live with us almost 10 years ago.  The one who likes to jump off tall lifeguard stands (resulting in a knocked-out filling), run helter-skelter down the stairs (resulting in a scar on his chin) and bomb along on uneven pavement at 100 miles an hour.  (That’s the scar over his upper lip.  We like to pretend he plays hockey to explain it.)

You know, the little being with the Y chromosone.

We had a pretty quiet life, my daughter and I.  We read books, and took long walks, and painted and colored and managed to do all those things with a lovely stillness.  Sure, we got rowdy once in a while — who doesn’t — but we are both on the introverted side, so the rowdiness never lasted for too long before we’d settle down on the couch, cuddled under a blanket, to snuggle and look at our favorite stories.

And then — BAM — I had a boy.  And almost every day since he learned to talk, and then walk, life has been a big adventure.  He’s an extrovert, as wiggly as a puppy, and he loves to sing and whistle and in general just MAKE NOISE. Even when we are doing a quiet activity.  Which — surprise surprise — is actually no longer quiet.

He also likes to push the envelope. A lot. And he’s good at it.

There are days when I wake up and tell the universe I’ve grown quite enough spiritually, thank you. I don’t need any more parenting lessons.

And then I went to the Writer Unboxed Conference last week, which was chock-full of good writing advice by luminaries such as Brunonia Barry, Lisa Cron, Donald Maass, Ray Rhamey and Heather Webb. Meg Rosoff was there too, leading a class on voice, but all of her writing advice was lost on me after one of her comments.

She was talking about being true to yourself, even if that’s hard for other people to understand.  Meg is funny and brash and the kind of person you want to just sit and listen to — like very few people around. Then she said that her mother, who is in her 80s, still gets upset when Meg does something she doesn’t like.  She’ll say ‘You always have to do it your own way, don’t you?’

And Meg looked at the class and said “What other way should I do it?  I’m me. Of course I’ll do it my way.”

Those words hit me so hard I couldn’t think of anything else for the rest of the class. Because I’ve had that conversation with my exuberant boy more times than I care to admit.   But of course he’d do it his own way — what other way should he do it?  Mine?

Well yes, sometimes.  In matters of major safety. And public good manners.  But the rest of the time, why should I expect a nine-year-old boy to do something the way a (insert age here) adult should?

My kid is funny, and outgoing, and so energetic there are days I’d like a nap by 8 a.m. He’s the polar opposite of me in almost every way.  He has a huge heart, and a huge imagination, and every single day he stretches me as a person and as a parent.  Sometimes that stretching is painful. Sometimes, by not accepting my ‘no’ or ‘you can’t’ he makes me think about why I said no in the first place, what my answer is based on, and who it is benefiting. Sometimes he drives me to distraction and to a glass of wine.  But always, always, always, he drives me to be better — even if it’s because I wasn’t my best that day.

I want my kids to be individuals when they grow up.  I want them to think for themselves, to contribute to society, to be good parents and good citizens and just all around good people. I want them to figure out how to make the world better by seeing it in a way that no one else before them has — with their own eyes and their own hearts.  But to do that, they have to discover themselves, and discovery is an ongoing process — it doesn’t begin at age 21 when they move out of the house.

It begins now.  By doing things their own way. And sometimes as a parent, that means getting out of the way and letting them. 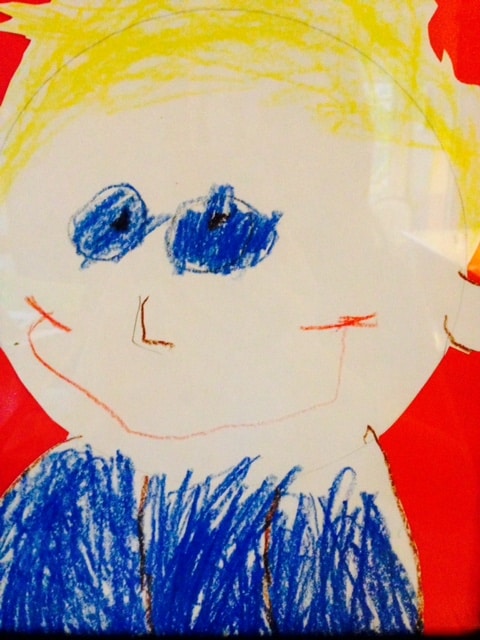