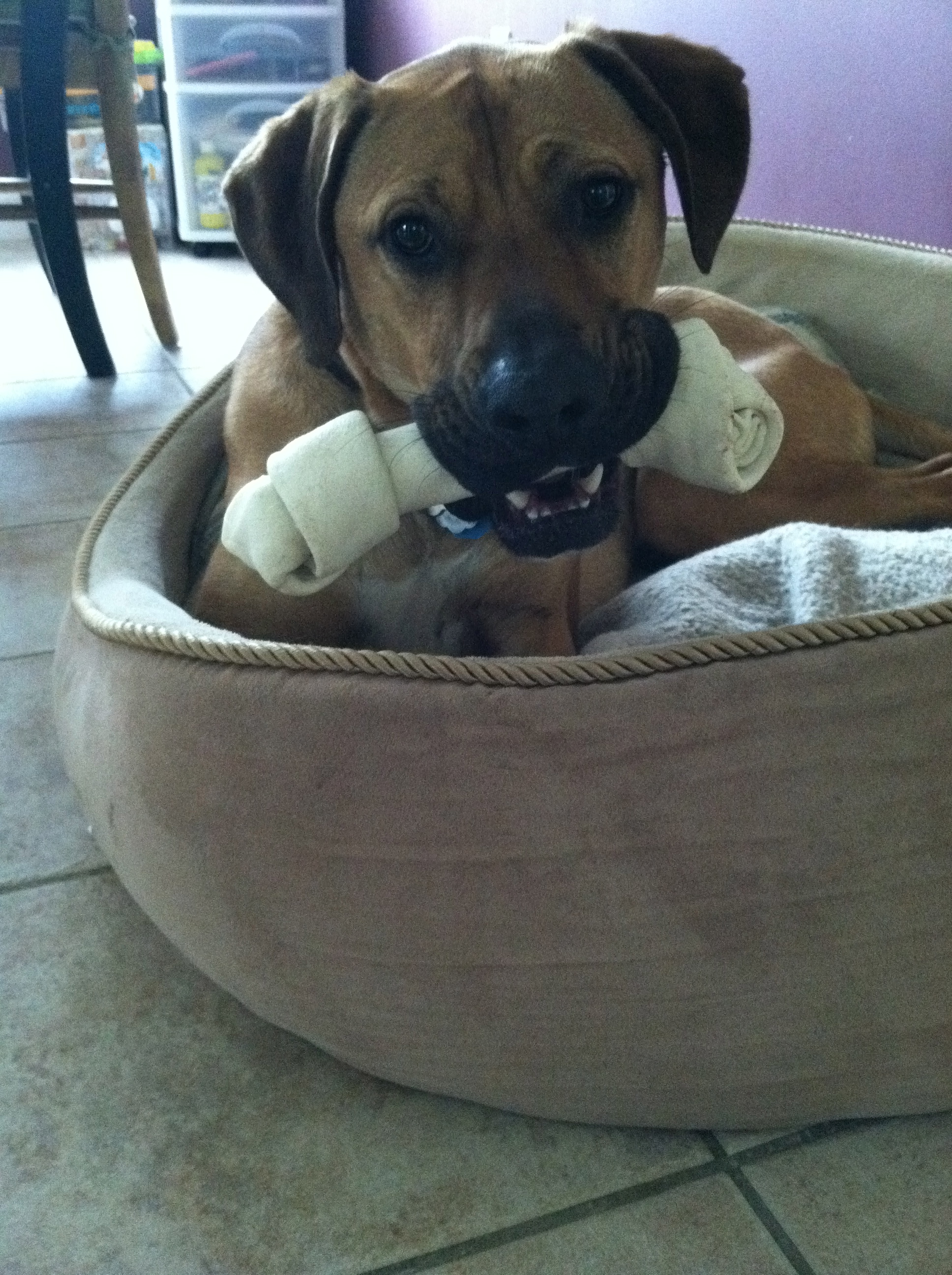 Harley gnawing on the leg of a dinosaur.

I had plans for this post.  Big plans.  I wanted to do an update on the slobbering beast.

Or maybe talk about what I learned at last week’s panel on diversity in YA books (featuring the fabulous Cindy Pon).

Or even discuss where the heck the sun has gone, and when it’s coming back. (Humidity today was 94 percent — it makes running feel as if you are slogging through a bowl of Jello.)

However, none of that appears to be happening.  I have set a self-imposed deadline of X number of pages by June first, and to meet it I’m going to have to get serious.  There are soccer matches, ballet recitals, and birthday parties clamouring for my time too.

Instead, I’ll point out a few shiny things in the hopes of distracting you until next week:

Do you read Erin Morgenstern’s Flax Golden Tales?  If not, you should.  I’m addicted. (She has a book coming out in the fall that is going to be HUGE.)

Orangette (I use her cookie recipe for every book signing) posted a video that made me smile.  He’s always been a storyteller first in my mind, and I love listening to his music when I run.

Finally, author Joshilyn Jackson wrote a hilarious post over at the Lipstick Chronicles about the private code words her writing group uses.  I’m thinking about stealing a bunch of them.