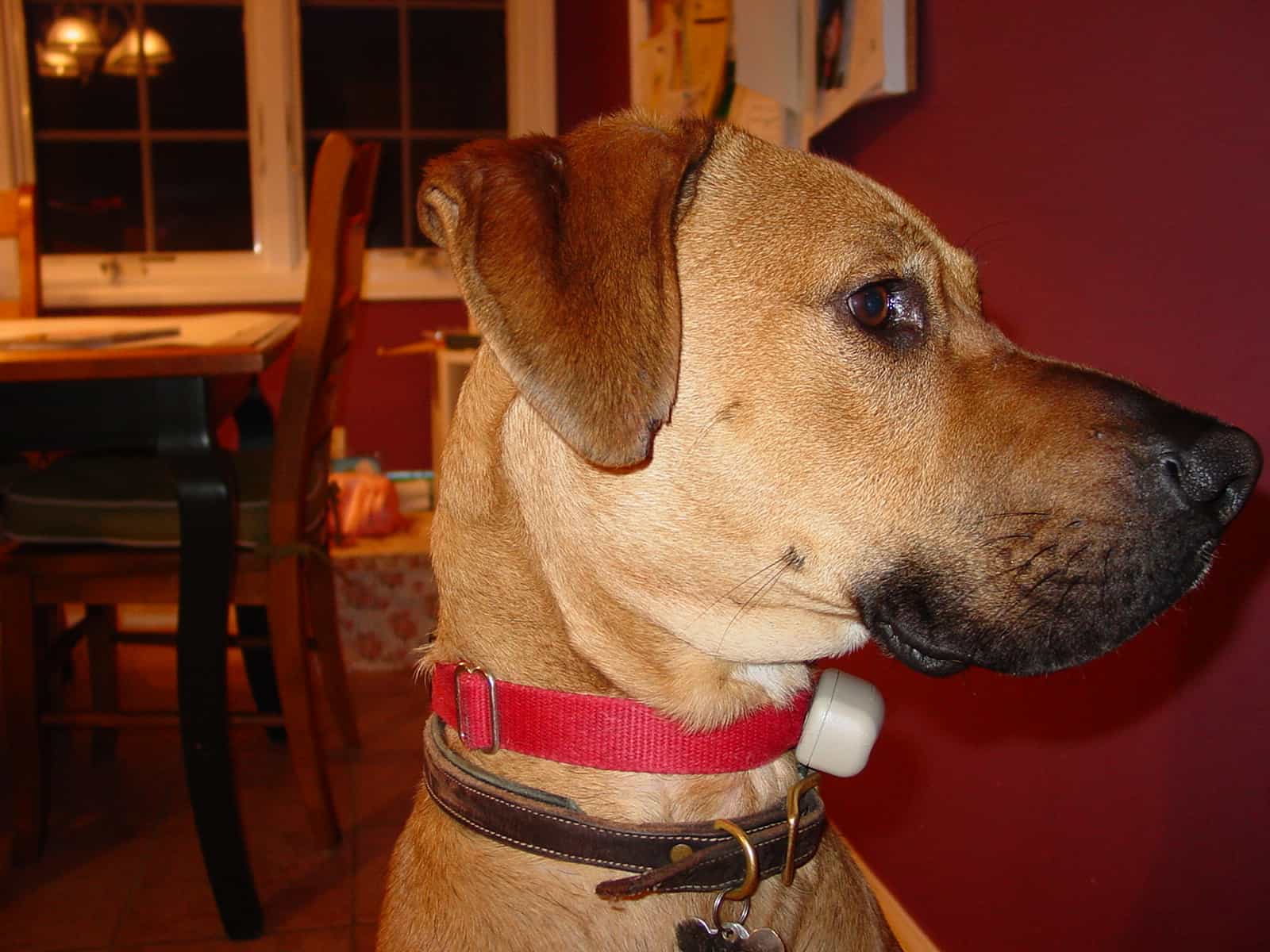 I know, I’m really stretching out my five minutes of fame here, aren’t I?  It is just that it’s been a little chaotic lately.  For those of you have e-mailed me, Harley is fine, truly.  His ear still splits open and bleeds, but I think it bothers me much more than it bothers him. And he’s still happy-go-lucky when it comes to playing with other pups — he did everything but stand on his head to get a little pug to pay attention to him today.

So, about last week … my second appearance on television was slightly more relaxing.  It was at the very civilized hour of 11 a.m., for starters.  And it was in a location I actually had been to, which always helps. (That geography thing?  I wasn’t kidding.) Finally, it was taped, which made me much less anxious.  (Although I did ‘borrow’ half of my sister’s closet looking for what to wear again.  Now I have an outfit for any occasion – thanks, sis!)

The hosts, Smoki Bacon and Dick Concannon, were gracious and charming, and my interviewer, Susanne, was wonderful — she had a list of interesting questions.  But the best part for me was after the show was finished.  Guests were treated to lunch (Lobster roll!  French Fries!  A COKE, for goodness sakes!) and encouraged to mingle and talk.  Given that my average lunch date is six years old, and my average lunch conversation revolves around Scooby-Do, this was quite a challenge for me.  However, I persevered.

Just listening to everyone was a serious treat.  Guests included human rights activist, author, and film producer Jen Marlowe, who has witnessed unimaginable acts of brutality yet still managed to remain one of the nicest, kindest people I have ever met.  She’s witty and funny and I cannot wait to read her new book, The Hour of Sunlight.

Dr. Susan Pories, a surgeon at Mount Auburn Hospital, was also there.  Her new book — Cancer, Biographies of Disease — is an accessible textbook-type resource, written especially for teens who might be interested in both the disease and the science behind its treatment.  She has another book out as well, which I thought sounded particularly interesting:  The Soul of a Doctor: Harvard Medical Students Face Life and Death. It’s a collection of essays written by doctors in training about the situations they face as they encounter real world medicine for the first time.

So yeah, between these two women, Smoki’s tales of Boston and society, and the other guests, it was a little intimidating, but really fun as well.  (And did I mention the french fries?  And the coke?  Two foods that never make an appearance in my house?)  And though it’s back to PB&J and conversations about Scooby -Do at lunch this week, I’m okay with that.  Although I have to admit, I do kinda miss the lobster roll.