I’ve been working under deadlines, professionally speaking, since I was around 20.  (If you count deadlines I didn’t get paid for, like school newspapers and internships, you can bring the age down to about 12.)  My first editor scared the bejesus out of me at a young age, and made it clear that short of catastrophic, unexpected death, (which would happen to me anyways if I missed one of her deadlines) there was no excuse for turning a story in late.

Since those days, I’ve rarely missed a deadline or needed an extension. I mostly like laboring under deadline, too.  Sure, there’s the pressure to get it done, but there’s also comfort in having a finish line in sight, in knowing that, once I’ve passed off the job, I can breathe a sigh of relief because my work is completed. It’s someone else’s responsibility now.

This weekend, I took my daughter and six of her friends to the American Girl Doll store for her birthday party.  A mom with a big car agreed to drive so all the girls could go together on the trip, and we listened to them chattering in the back, and smiled at how funny they sounded.  And then I turned around, and instead of seeing a clutch of cute baby girls, like I’d been hearing, I saw a carful of nine-year-olds, and it hit me: I’m halfway there.

In just nine short years, my daughter will be eighteen.  If we’ve done our job right as parents, she’ll be on her way to the next stage of her life, the stage where our work is (mostly) done and her choices are her own responsibility.

Already, I can see that next stage in her face and the faces of her friends — the round, chubby cheeks are mostly gone, their elbows are no longer deliciously creased with fat, their legs are sturdy and muscular, not plump and soft.  Glimpses of the babies they were are hard to come by.  Glimpses of the teens they’ll become — in a toss of the head, a  challenging tone, a bid for independence — are more frequent.

When I turned 18, I left for college and never looked back.  Oh, I came home for summer breaks, for holidays and the occasional long weekends, but never again to live.  I’d landed a job and an apartment before graduation and was set to show whoever needed showing that I was all set, thanks.  I could do this on my own. I know how it will be with my daughter.  Already, she’s twice as independent as I ever was.

It’s  not enough time, I want to say.  I need an extension on that deadline. But there are no extensions, no excuses, no second chances to get my words right.  There’s only now, this minute and the next and the one after that, all of them hurtling us toward the future, toward her independence and my obsolescence.  There is no rewrite.  There is no do-over. 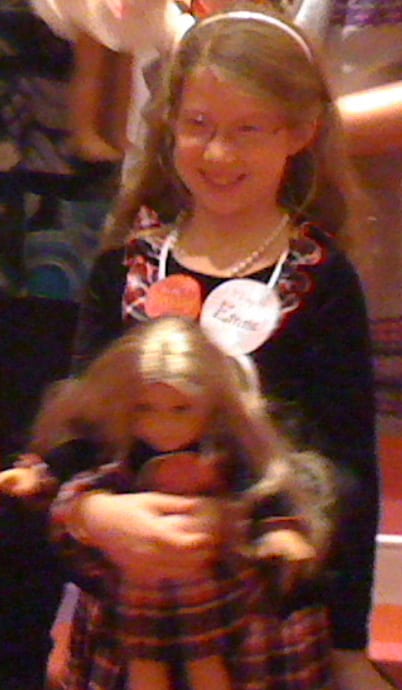 Posted in Worry and Woe